Some mornings I’m more aware than others. Helps to raise awareness of the hazards of underage drinking. Sponsored by the National Council on Alcoholism/Drug Dependence. Call Rebecca at 212-206-6770.

If there ever was a holiday created for Radio, this is it.

Stuff that you did not know: the Association of Professional Animal Waste Specialists tells us that this country’s 71 million pet dogs create 4.4 billion pounds of waste annually, which is enough to cover 900 football fields in 12 inches of the stuff. www.apaws.org if you dare.

Donald Etkes, who has a PhD and is probably smarter thean about 98.7 % of the people reading this, encourages us to appreciate our significant other. 310-281-0123.

Just sitting here in my pajamas with the feet up, eating double chip ice cream and looking through boxes of old photos of…Dana…sigh. Denise Lamothe says to stop anesthetizing yourself with sugar and simple carbohydrates. Get over it and email her at [email protected]

The folks at www.aignerprensky.com want you to hearken back to a simpler time when April Fools was celebrated with pepper gum, rubber dog doo and exploding cigarettes. None of which would now make it past a corporate attorney.

Happy employees make productive employees. Or so goes the train of thought. Call Randall Munson at 507-286-1331.

(When you think of Laura, please laugh, don’t cry. I know she’d want it that way)

Annual month of education and focus on helping the public be aware of symptoms and treatments for the disease. www.ppsinc.com

It’s the low blood sugar. Anything will set them off.

This is a great month to put on some Stan Getz, a jaunty beret, smoke some reefer and hang out with the hep crowd. Or not. Sponsored by the Smithsonian. www.smithsonianjazz.org

Let’s see; in the past decade I scared a DJ at a remote into believing I was the head of their broadcast company, a Music Director screamed at me for bouncing a superball in the hallway, and an HR Director issued a memo to the staff about “responsibility for your guests” after I made an intern cry with my needle-through-the-arm trick. So this applies to me. Call Richard Brenner at 617-263-1112 for info on how to not provoke your co-workers into slashing your tires.

This was created by the Fellowship Of Merry Christians to recognize the healing power of Christian joy, humor and celebration. Call them and get one of their Christian comics on the air, and don’t forget to have the 7 second delay on, just in case. 904-441-8197.

This is allegedly “widely recognized in the fashion industry” where people are encouraged to put aside their felt hat in favor or a straw hat. All of this is the brainchild of something called The Headwear Information Bureau which I’m sure has received bailout money.

Dr. Morton C. Ormon (I kid you not) wants you to learn how to lower your stress level and improve your health. www.stresscure.com

To the folks at Lonestar Publications, Twit stands for Tiresome Wit, and they award these to celebrities with the worst senses of humor. You can e-mail the awards committee at [email protected]

According to Larry Wilde with The Jester Press, humor can reduce stress, improve job performance and enrich the quality of your life. He recommends kicking it off with an April Fools joke. Why not see how good he is at “taking it” and call him at 408-624-3058 and play a prank on him. Then we’ll see just how funny of a guy he is.

This slogan applies to the great American sport of marbles. Cathy Runyan bills herself as “the marble lady”. Call her at 816-587-8687 for insight into this popular past-time. Ask if she’s lost them, Her marbles, that is.

Good morning everybody! This is better then a strong cup of coffee to jolt your audience awake on a Monday morning. It’s a very serious subject, but there’s always a way to put a fun spin on most anything. Contests could be “Name That Discharge” or “Beat The Sore”. Or maybe not. For info on this very important month, call Fredrick Mayer at 415-332-4066.

In 1989 Ann Landers set aside this date to write a letter or make a phone call to start the process towards mending a broken relationship.

Annually on the birthday of Hans Christian Andersen.

On this date in 1944 the Supreme Court declared the Blacks could not be barred from voting in the Texas primaries as this would be a violation of the 15th Amendment.

A time to honor these misunderstood disease-carrying flying rats. www.batcon.org

But how does it stick to the pan?

Honors Charlie The Tuna who has suffered rejection for over 50 years, and recognizes other people who have been rejected and lived to tell about it. There’s even a “Sorry Charlie, No Fan Club For You Club”. Once again; why? 816-587-8687.

An annual memorial to the people who have lost their lives in car accidents caused by drivers who fell asleep behind the wheel. www.drowsydriverawarenessday.com

I can get behind this. No trash. No dishes. No making beds or doing laundry. No guilt. During the morning show pick one listener to receive a visit from a maid service. Or go and do it yourself, dressed in a frilly French maid outfit. 717-279-0184.

A day to have a cup of coffee, crack open the daily newspaper and find out what wacky hijinks are up in “A Family Circus”.

And now you know the REST of the story…

It’s all about the glory, the majesty, the often-over-looked benefits of our little hairy friend. www.beaversww.org

This honors all brothers and sisters

On this date in 1938, 26 people gathered in Tulsa to found The Society For The Preservation And Encouragement Of Barbershop Quartet Singing In America. (I’m going to guess that 26 was the highwater mark for membership)

If you have an Oldies station in your cluster, you should be all over this. Seriously. Because every year TV covers 7 seconds of a parking lot full of guitar players doing this song. It should

be your station this year.

In their continuing quest for world domination, the folks at Licorice International have chosen today to hold seminars and other special events to educate us about the benefits of a life full of licorice. Personally? The stuff makes me gag. Call Elizabeth Erlandson at 402-488-2230.

National Walk On Your Wild Side Day    April 12

The Roys of Lebanon, Pennsylvania want you to go and “Do something you’ve never done. Go to work dressed as a gorilla. Get your masters degree”. What was it the neighbor in “Office Space” always wanted to do? www.wellcat.com

On this date the first ever strike of professional baseball players ended after only eight days. Owners agreed to add $500,000 to the players’ pension fund.

Reviled? Check. Ridiculed? Check. But who do you run to when there’s a problem? A lawyer. And all they ask for is….a check. Take one to lunch. Maybe for a walk. A coffee. Refrain from jokes.

A day created to recognize that laughter is “a potent and powerful way to deal with the difficulties of modern living.” It MUST be true since a guy named Izzy Gesell came up with it. www.izzyg.com and not to be confused with Izzy Stradlin.

Sinking Of The Titanic Anniversary  April 15, 1912

Bruce Novotny has compiled a master list of things that suck. www.thatsucks.net

My guess is that after about ten minutes with Greg Harrell-Edge, you’d feel tempted to high five him once right in the face. This is his baby and he promises a day of TV, print and radio interviews and actual “high five parties.” Yeesh. www.nationalhighfiveday.com He sounds like “Andy” from “The Office”.

Find an employer who will let his staff do this and post the pics on your Instagram. Call Nicole at Pajama Gram Inc. and see what she’s wearing to work today. 802-985-1382. I work at home. Every day is Wear Your Pajamas To Work Day.

It’s all fun and games until the chips hit the fans. Thank you. I’m here all week. www.beaverchamber.com

Here’s a day to let all of the pets do the work while you lay around, track mud everywhere and occasionally hump their legs. Call the Roys at 717-297-0184. By now I think you know the question to ask them, and it’s not “when”.

A couple of the stations have karaoke units for their remotes and they always have a crowd. Which is kinda your goal, right? 303-452-5140.

A day to go Green and hang your laundry on a clothesline. www.laundrylist.org

Another promotional “given”, I’ll have loads ‘o ideas on this soon. FYI: They’re calling this “Administrative Professionals Day” to be PC. But it will always, in our hearts, be Secretaries Day.

You should be making contacts with local events and getting involved. This would be an excellent opportunity to do a Park Cleanup project too.

Take Our Daughters And Sons To Work Day    April 22

I think you need to do this as a mini topic and stage a call from a “listener” who is taking her 9 year-old daughter to “the club”. Watch the phones explode. www.daughtersandsonstowork.org

National Confectioner Association reminds us that these candies have been around since biblical times. The Religion Card is the last desperate act of a lobby group www.Candyusa.org

Done at a bar that straddles the Florida/Alabama state line, contestants throw one pound chunks of mullet in a charity competition. www.florabama.com 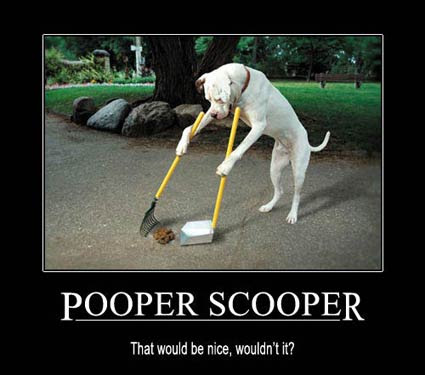 The snow has melted and your backyard is a minefield of little piles. Time to get scoopin’. www.pooper-scooper.com

Call “the super outbreak” there were 226 tornadoes spawned in 24 hours, the most in U.S. history.

Traditionally celebrated by planting a tree, call the Committee For National Arbor Day at 973-731-0840.

Celebrates honesty and integrity by awarding Honest Abe Awards (“Abies”) on National Honesty Day. Individuals and companies are eligible to win. Created by M. Hirsch Goldberg, author of The Book Of Lies. Call him at 410-486-4150 and get some names and numbers of past winners. Yet another great opportunity to hook a couple of listeners up to a polygraph machine.

A one day moratorium on beating your children. (Walmart is immune from the ban) www.stophitting.org

This is sponsored by a veterinarian, but oh the possibilities. Call Blake Hawley at 785-368-5614.