With weddings back, what if you did a competition to find the best wedding DJ in town?

You can’t go wrong with kids and pets. Get someone in from the humane society or local shelter and do a Kitty Hook-up. Call the ASPCA at 212-876-7700.

As opposed to “Cancer From All The Asbestos In The Walls That The Cheapass Owners Have Used To Insulate The Studio.” If it’s a Slow News Day on the morning show, host a “whitest legs” or “palest listener” contest. Skin cancer is a serious issue and there are a lot of people on the beaches working on terminal tans. Get an oncologist, dermatologist or other physician on the air to talk about this, or call 415-479-8628 and ask for Frederick Mayer.

There has to be a promotion here, you’d think. Why not have people sign a petition to name the first hurricane of the year after your morning show? Whatever you choose to do, you can probably get it done by contacting the National Oceanic and Atmospheric Administration in Rockville, Maryland. After last year, this is higher profile then ever before.

Prevent Blindness America (formerly the Society For The Prevention Of Blindness) sponsors this recognition of the dangers of playing with fireworks. You can call Marita Gomez at 800-331-2020.

Soles4Souls collects footwear for impoverished people all over the world. And Kentucky. Show your (arch) support by going barefoot today. www.giveshoes.org

For those days when you absolutely, positively HAVE to have a big piece of meat. Sponsored by, big surprise, Morton’s Steakhouse. Go to www.mortons.com

Ever wonder how a Cardi B song would sound if it was put to polka? I bet the people at “Those Darn Accordions” in San Francisco know someone who can do it. They sponsor this “month” and their number is 415-440-0800.

A month for pharmacists and other health care professionals to counsel the public on the dangers of alcohol abuse. Call 415-479-8268.

When I worked in Charlotte, the morning show used to do a version of “Cop or No Cop” but called it “Bubba or No Bubba” and called truckstops. Sponsored by, big surprise, Bubba Bechtol. Blow Bubba a call at 850-932-3162.

Yell “Fudge” At The Cobras In North America Day   June 2

Keeping with their tradition of wacky holidays and celebrations, here’s this month’s first contribution from Tom and Ruth Roy at the Wellness Permission League. According to the Roys, cobras hate fudge and the mention of it will send them fleeing for the hills. You can call the Roys c/o Charter Pines Hospital or at 717-279-0184. Isn’t it sad when cousins marry?

John Stack bills himself as The Productivity Pro and is probably the last person you want to be stuck on an elevator with or be seated next to on a long flight. He believes that by smart use of time, you should be able to skip out of work early since you’ll have gotten all your stuff done. See what I mean? Call him at 303-471-7401 or go to www.theproductivitypro.com

Dunkin is doing “stuff” in quite a few markets.

On this date the CDC sent out a newsletter describing a malady that was striking gay men. 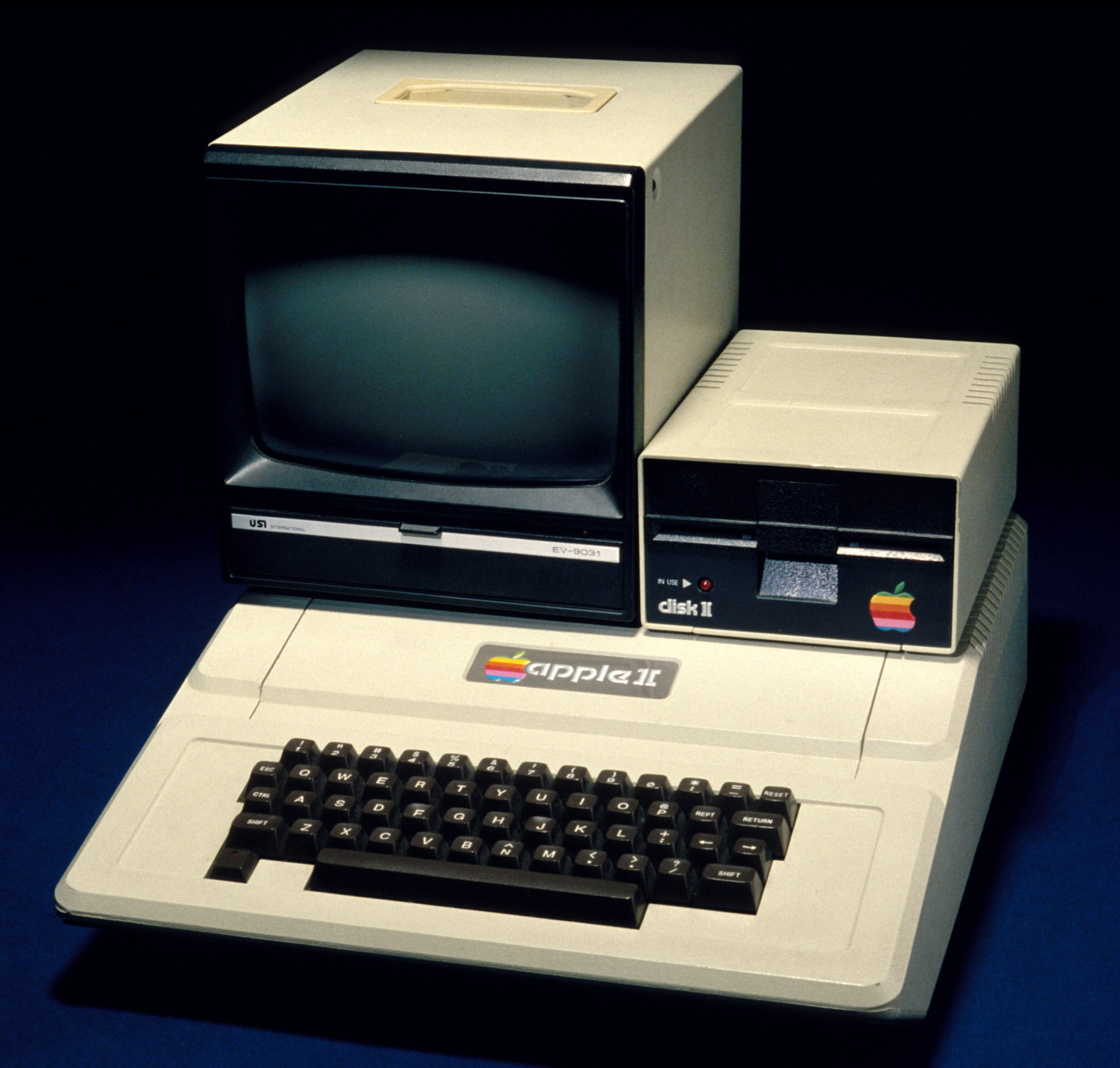 The joy of freshly cleaned clothes, swaying in the breeze, drying as birds chirp on a tree branch, widow Swenson is shaking out her rugs, all in all, an idyllic morni…hey…you kids! Get off my lawn or I’ll fill your ass with buckshot!!!! What was I saying? Oh, we’re all encouraged to save energy today, the old fashioned way. Call Gary Drisdelle at 416-805-5580

Bachelor parties were never been the same.

Proving that lithium does in fact work wonders, Stephanie West Allen encourages everyone to “get up gloriously, gratefully and gleefully each morning.” Call her at 303-742-4790.

Honors the 37th anniversary of the release of the film.

On this date in 1935 in Akron, Ohio, Dr. Robert Smith completed his first day of permanent sobriety. “Doctor Bob” and William G. Wilson are considered to have founded Alcoholics Anonymous on that day.

Another great topic: adult children who move back in with their parents. My mom and dad moved no less then 17 times after I graduated but I kept finding them. Go to www.crowdednestsyndrome.com for more info on this growing trend. Or call Kathleen at 360-791-2041.

We’ve all home officed. Bath officing is clearly the next step.

Robin Gorman Newman is a Love Coach (“Love coach, baby!”) and suggests that single use the warm weather to pursue similar interests. www.lovecoach.com/events.html

There was this one time, at international music camp…uh…that would be different. 3000 students from all over the globe descend on the International Peace Garden in Dunseith, North Dakota for weeks of bonding, programs, learning and wondering “What the Hell did I do to my parents to piss them off so much that they sent me to Dunseith, North Dakota for the Summer. Tammy got to go to Orlando with her freakin’ family. And she got a freakin’ DUI at prom.”

Our friends. Our confidants. Our enablers.

Rich DiGirolamo suggests that at 11 am today, we all shut down our work stations and go outside and play for 30 minutes. Mentally, I’m already there. Call him at 203-879-5970.

Jerry Batzner, with Batzner Pest Management (he apparently manages their careers) reminds us that Carpenter Ants cause $3.5 billion worth of damage every year. Call him at 262-797-4166.

Honoring the dads out there who telecommute so they can stay at home with their children. Call Jeff Zbar at 954-346-4393. Or who create “paper kids” so they can collect assistance, sit around the house and watch “The Rockford Files.” Not me of course…just some guy I know.

Celebrated in Texas and other parts of the Deep South in memory of this day in 1865 when Union General Granger proclaimed the slaves of Texas free.

Juggling clubs will be holding festivals and events and juglathons and whatever else they do with their balls. www.juggle.org

A day to saunter. But not prance. Prance is bad.

On this date in 1909, Roger Burnham and Eleanor Waring were the first couple to honeymoon in a balloon. Their four hour flight originated in Woods Hole, MA and ended in Holbrook, MA. An actual morning show stunt years before there was ever such a thing as a morning show. 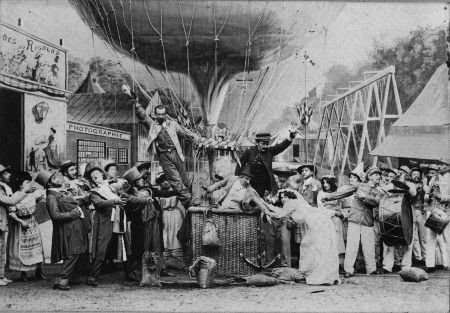 Proving that this sort of idiocy is not reserved for New Years Day, the people of Nome, Alaska, where they boast actual polar bears, do this annually. Jumping in the Bering Sea…if the ice has broken up, says the little blurb in Chases. E-mail [email protected]

First proclaimed in 1910 by mayor of Spokane, Washington at the request of Mrs. John B. Dodd.

The people of Fairbanks, Alaska host this annual sporting event to celebrate the Summer Solstice. The game will be held without the benefit of artificial lights at 10:35 PM. Call 907-451-0095.

This is not a bit. This is not a delayed April Fools joke. This started as Pee Outside Day in Stigomta, Sweden (please, I couldn’t make this up; I’m not that creative) where they saved thousands of gallons of toilet water and returned pathogen-free nitrogen to the nutrient cycle. So save your pee and sprinkle it on the lawn or in the woods or in your neighbor’s atrocious looking fake waterfall in their front yard. E-mail Carol Steinfeld at [email protected]

A day for women to make lists of “stupid guy things” and share them with friends.

I can only hope that one day I am able to live my life with as much purpose as Donald Featherstone, inventor of the plastic pink lawn flamingo. pic.twitter.com/Kl99ffX3Wv

Those wacky Roys want you to let it go; whatever is bugging you or keeping you from moving on. Just let it go. Of course, they never thought to consider that they might be one of the thing we’d all like to see go. 717-279-0184.

The first reported sighting of “flying saucers” over Mt. Rainier, Washington on June 24, 1947. A great opportunity to get some UFO buffs on the air. Need numbers? Give me a call and I’ll pass them along.

To NOT like a Bomb Pop is, well, subversive and reeks of Communism. How could you not love it? Invented in 1955. www.bluebunny.com

Held in Luling, Texas, this annual festival features the World Championship Seed-Spitting Contest. I’m glad to see this sport finally getting some respect after being banned from the Olympics. Get the champion seed-spitter on the air to offer advice and technique secrets. Call Susan Ward at 830-875-3214.

Leon of course is Noel spelled backwards and this is the half-way point to next Christmas. Some caroling and tree trimming are definitely in order.

Avon, Ohio proclaims itself The Duct Tape Capitol of the World and they celebrate that honor with a festival. www.ductapefestival.com

The weekend that we moved Wild 107 from San Mateo to the Embarcadero, I brought my Golden Retriever in to hang out while I packed the office. She promptly got violently ill in five different offices with some major scootage. Whoops. Call 336-983-9222.

This is such a Radio promotion but is actually held at the Sonoma-Marin County Fair. Go to www.worldsugliestdogcontest.org

This would be the day to bar code your stunt boy and send him through the scanner at Walmart.

Sponsored by the National Wildlife Federation who encourages families to look no further than their backyard for a great summer camping experience. www.nwf.org

Just like bachelor parties without VCR’s, no birthday would be complete without this little ditty, penned in 1859 and warbled badly ever since.